Researchers have been investigating how the brain controls habitual seeking behaviors such as addiction. A recent study by Professor Sue-Hyun Lee from the Department of Bio and Brain Engineering revealed that a long-term value memory maintained in the ventral striatum in the brain is a neural basis of our habitual seeking behavior. This research was conducted in collaboration with the research team lead by Professor Hyoung F. Kim from Seoul National University. Given that addictive behavior is deemed a habitual one, this research provides new insights for developing therapeutic interventions for addiction.

Professor Lee’s team reported a new role of the human ventral striatum where long-term memory of high-valued objects are retained as a single representation and may be used to evaluate visual stimuli automatically to guide habitual behavior. 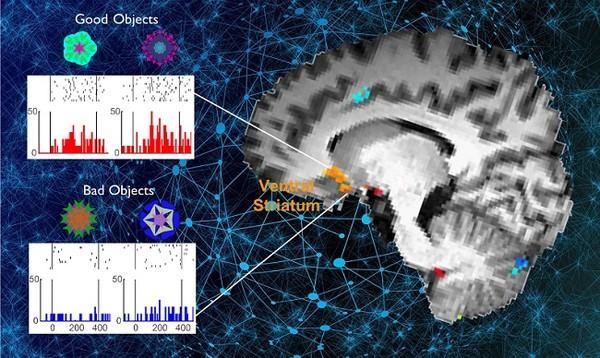 “Our findings propose a role of the ventral striatum as a director that guides habitual behavior with the script of value information written in the past,” said Professor Lee.

The study found significant value discrimination responses in the ventral striatum after learning and a retention period of several days. Moreover, the similarity of neural representations for good objects increased after learning, an outcome positively correlated with the habitual seeking response for good objects.

“These findings suggest that the ventral striatum plays a role in automatic evaluations of objects based on the neural representation of positive values retained since learning, to guide habitual seeking behaviors,” explained Professor Lee.

“We will fully investigate the function of different parts of the entire basal ganglia including the ventral striatum. We also expect that this understanding may lead to the development of better treatment for mental illnesses related to habitual behaviors or addiction problems.”