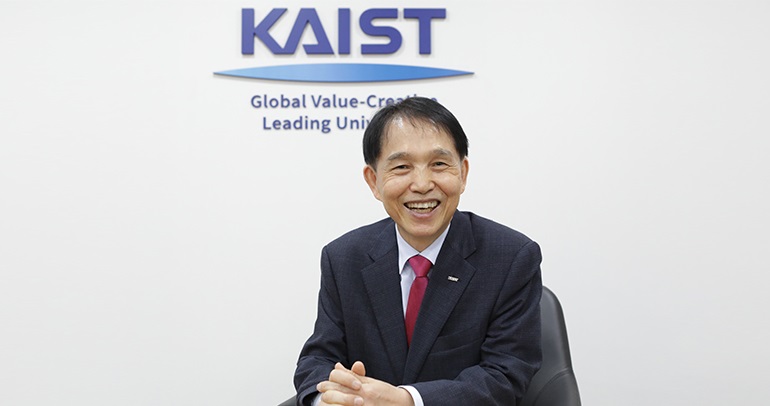 < Provost Kwang Hyung Lee was selected as the 17th president of KAIST on February 18. >

Provost and Executive Vice President Kwang Hyung Lee was selected as the 17th president of KAIST during a vote of the KAIST Board of Trustees on February 18. He will succeed President Sung-Chul Shin, whose four-year term concludes on February 22.

President-elect Lee, 67, was among the three final candidates who were nominated by the Presidential Search Committee. Upon the selection, President-elect Lee said he will take up new challenges to transform KAIST into the most relevant research university in the world, fostering talents who can work with emerging technologies while pushing for innovative R&D initiatives that will benefit all of humanity.

President-elect Lee is a futurologist who pioneered multidisciplinary studies and research at KAIST. He advocated that the convergence of information, biology, and nano-technologies would be critical for future industries, playing a crucial role in establishing the Department of Bio and Brain Engineering in 2001 and the Moon Soul Graduate School of Future Strategy in 2013. He then served as the inaugural head of both faculties.

An ardent champion of entrepreneurship and startups, he has advised the first generations of KAIST startup entrepreneurs such as Nexon, Idis, Neowiz, and Olaworks. President-elect Lee, drawn to creative thinking and flipped learning, is famous for watching TV upside down. Such pioneering ideas and his unusual thinking style were modeled in the ‘eccentric professor’ role featured on the TV hit drama of ‘KAIST’ from 1999 to 2000.

An alumnus who earned his MS in industrial engineering at KAIST in 1980 after completing his undergraduate studies at Seoul National University, President-elect Lee joined the KAIST faculty in 1985 upon receiving his PhD in computer science from INSA de Lyon in France.

A fellow at the Korea Academy of Science and Technology and the National Academy of Engineering of Korea, he was decorated by the Korean government and the French government in recognition of the innovative education and research initiatives he has pursued.