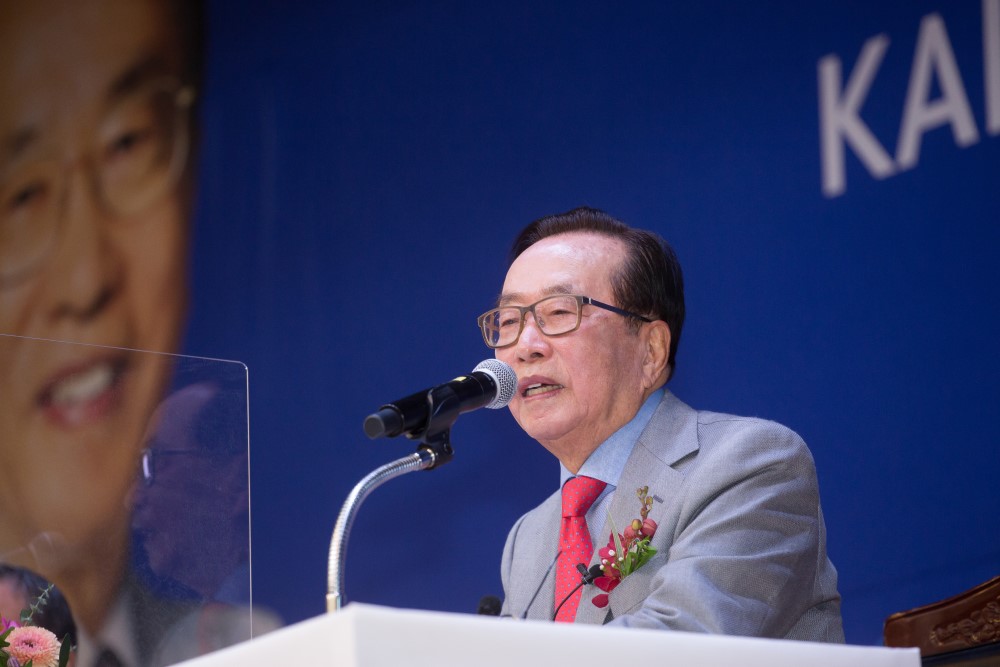 This is the third major donation that KAIST has received this year following KAIST Development Foundation Chairman Soo-Young Lee’s ₩67.6 billion in real estate in July and another ₩10 billion from a KAIST alumnus, Chairman Byeong-Gyu Chang of Krafton, in January.

“KAIST, as the cradle that trains Korea’s best talents in science and technology, has been at the forefront of leading national development over the past 50 years. I hope that KAIST will also strive to nurture global talents who excel in AI innovation and steer Korea’s new advancements to lead the Fourth Industrial Revolution,” said Honorary Chairman Kim during the donation ceremony at KAIST’s main campus in Daejeon.

The ceremony was held in strict compliance with Level Two social distancing guidelines and measures in response to the persistent coronavirus. Less than 50 people, including Honorary Chairman Kim’s family, President Sung-Chul Shin, and professors from key posts at KAIST, attended the ceremony.

Dongwon Group is one of the leading fishery companies in Korea, established in 1969 by Honorary Chairman Kim. He recalled memories of his childhood as he explained the background of the donation, saying, “When I was young, I searched for Korea’s future in the world’s oceans. However, a new future lies in the ‘oceans of data.’”

“I have been pondering how I could further contribute to my country, and realized that bringing up talented individuals in the AI and data science-related fields is important. I hope that my donation today will aid the take-off of KAIST’s great voyage towards becoming a global “flagship” in the new eras to come,” Honorary Chairman Kim added.

To this, President Shin responded acclaiming the noblesse oblige held by Honorary Chairman Kim to further develop Korea’s science and technology and make Korea into a leader in AI innovation.

“We will always keep KAIST’s role and mission close to our hearts and do our best to make KAIST into a global hub for talent cultivation and R&D in AI, based on Honorary Chairman Kim’s donation,” said President Shin.

With Honorary Chairman Kim’s donation, the KAIST GSAI will first expand its faculty in both quantity and quality. By expanding the number of full-time, highly qualified professors to 40 by 2030, the School will train the most talented personnel in fusion and convergence AI.

The KAIST GSAI opened in August 2019 as the first school in Korea to be selected as part of the ‘2019 Graduate School for AI Support Project’ by the Ministry of Science and ICT. The current faculty is composed of 13 full-time professors including ex-researchers from AI labs of global conglomerates including Google, IBM Watson, and Microsoft, as well as eight adjunct professors, making a total of 21 faculty members. There are currently 138 students attending the School, including 79 master’s students, 17 in the integrated MS-PhD program, and 42 PhD candidates. 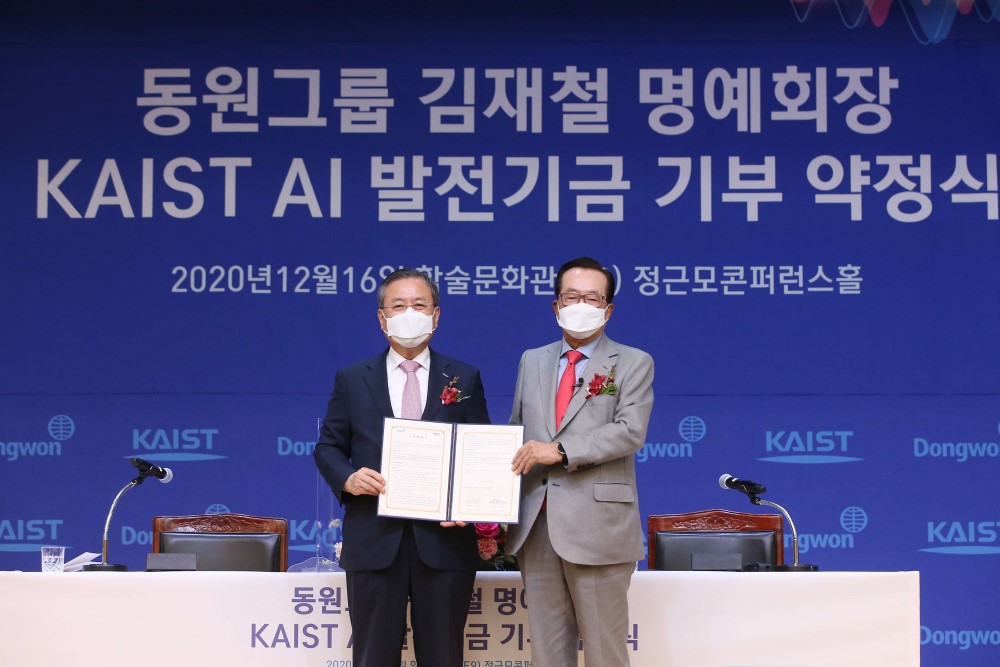