A group of KAIST scientists led by Prof. Jae-Woo Park and Koeng-Su Lim has created a working computer chip that is almost completely clear -- the first of its kind.

The new chip, called "transparent resistive random access memory (TRRAM), is similar in type to an existing technology known as complementary metal-oxide semiconductor (CMOS) memory -- common commercial chips that provide the data storage for USB flash drives and other devices. Like CMOS devices, the new chip provides "non-volatile" memory, meaning that it stores digital information without losing data when it is powered off. Unlike CMOS devices, however, the new TRRAM chip is almost completely clear.

The paper on the new technology, entitled "Transparent resistive random access memory and its characteristics for non-volatile resistive switching," was published in the December issue of the Applied Physics Letters (APL), and the American Institute of Physics, the publisher of APL, issued a press release about this breakthrough.

According to the research team, TRRAM devices are easy to fabricate and may be commercially available in just 3-4 years.

"We are sure that TRRAM will become one of alternative devices to current CMOS-based flash memory in the near future after its reliability is proven and once any manufacturing issues are solved," says Prof. Jae-Woo Park, who is  the co-author on the paper. He adds that the new devices have the potential to be manufactured cheaply because any transparent materials can be utilized as substrate and electrode. They also may not require incorporating rare elements such as Indium. 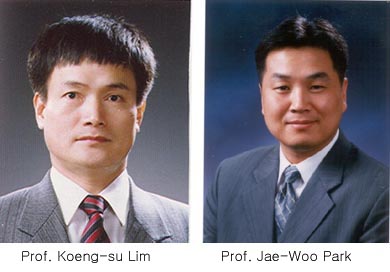